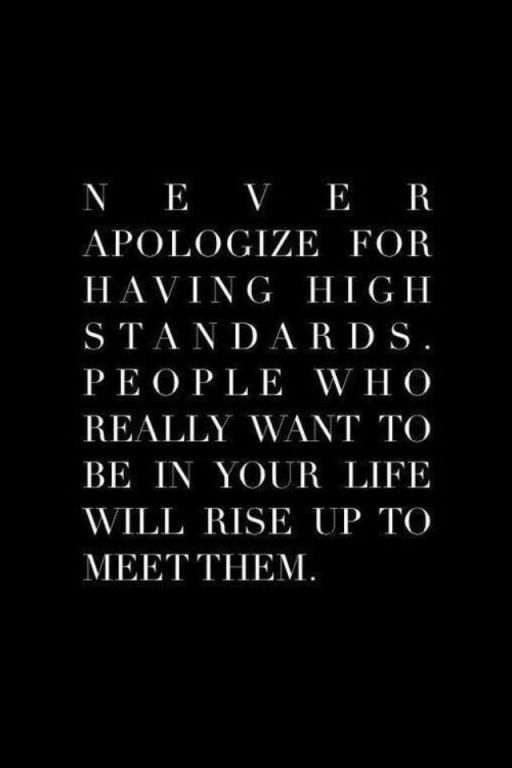 Recently, everyone and their aunt on the internet has been talking about the “Ban Bossy” campaign lead by some heavy hitters like Condoleeza Rice, Anna Maria Chávez (Girl Scouts CEO) and Sheryl Sandberg (along with all Jezebel readers it seems). While I agree with the core of the movement, I think it’s a bit of a waste of time. Rather than striking the term “bossy” from our vocabularies when referring to strong, commanding women (at home, the office, everywhere)- maybe we should be focusing on how we can continue to be bossy- and in bossy, I mean taking charge.

The intent of the “Ban Bossy” campaign is raising awareness of inequalities and ‘tsk-tsking’ the general public for labeling men as bosses when they are in role of power and women as bossy when stepping into the same type of position. The idea is that young girls are discouraged when this term is used towards them and that it stops them from using their skills and force because they are afraid of being perceived in a certain way. From personal experience, I was always called bossy as a child and that extended family members have called me a spoiled brat (in cases, I was- I know enough to know that). Okay, I was bossy- even in primary school I knew what I wanted and found a way to get it. If the kids on the playground weren’t clever enough to know that Nano Pets and Tamagotchi were way better than Giga Pets and a trade wasn’t in their favor, then LESSON LEARNED. I held yard sale after yard sale to buy a new computer game or pair of Skechers and had my mom take me to Costco to buy bulk candy that I could sell at a 200% markup after school.  I wouldn’t say I was spoiled, I was definitely comfortable- my parents took care of me, treated me with the love they felt, and showed me their adoration with kindness, dignity, and gifts even when undeserved. They also demanded much of me as well. We lived differently than much of my extended family- my parents worked overseas for years, they changed careers, my sister and I had options growing up. We were always expected to carry our weight in the household- it could be a bit “Tiger Mom” at times, but more than anything I think my parents wanted to create a sense of pride in work and understanding of the importance of what it takes to get something done. I now see myself in a position where some of those unspoiled brats aren’t: through knowing what I wanted, taking chances, rebelling…then learning to respect, working hard, really truly screwing up and getting help, figuring things out the difficult way, achieving something, and then circling back to zero where I have to learn everything over again- in a new commerce, a new relationship, a new city.

Women will continue to face the issues of inequality in the workplace, difficulties with their male colleagues (female colleagues too and probably even more on different levels), being undermined, and metaphorically gunned down because of their successes for a long time coming. So rather than focusing on vetoing a single word I’d like to turn my bossy face forward and aim towards learning, growing, and achieving.

I’ve been told I have high expectations: from myself, from my work, and from my relationships both romantic and platonic.

This is entirely true. While of course I will never live up to my own standards- and neither can or will anyone else- I set those standards for a reason. I recently had a discussion with a fellow expat who I’ve known since first moving to Cambodia. He is deeply entrenched in the expat life (it’s his job) and sees the standards of many of our peers being so incredibly low that it shocks us. We’ve found that for many that live here as expats, they never get themselves out of the “I just moved here and am going to spend these next few weeks settling in and half vacationing while I find a job”. Weekend (sometimes weekday) binge drinking, behavior that would socially be completely unacceptable anywhere that the general public would know what you’re saying/how you’re acting is ridiculous, and decision after decision that whisper “desperation”. Admittedly, we all have those moments. I threw up in the corner of a friend’s bar one night  a few months back because I kept downing double shots of Ciroc JUST BECAUSE. But that’s unacceptable behavior, that’s amateur hour…but it happened and it was exceptionally embarrassing even with the support and laughter of said bar owners and friends. But if those are your every week shenanigans- I think you’ve pretty much just lowered the overall standard for yourself and what will you do when you return home, that is, if you ever do? And will you be welcomed back with open arms?

It doesn’t solely stop at Greek system type behavior either. I encounter almost daily a lack of efficiency, stable output of content , drive, and focus from people I work with in various capacities as well. I see it happening in companies around me, affecting the people who do work hard and weren’t born with a silver spoon in their mouths, and the utter lack of responsibility some people take when it comes to things they start- but never really want to put energy in to finish. It’s time for me to start spreading the cards on the table and deciding who is holding their weight, what is important enough to keep working on, and what I can do to create any change. A lull is like gangrene in industry- it spreads quickly and should be removed immediately before it consumes the entire entity.

This isn’t solely reserved for expats in Cambodia (or anywhere else in the world), of course. I see peers back home doing seemingly so unfulfilling with their lives that I’m curious to what standards they could be living on- if any. I know I sound incredibly judgmental in this post and that’s probably true on various levels, another problem I’ve dealt with my entire life- but when there are numerous opportunities waiting to be caught, why wouldn’t you just throw your line and go for it? Instead of moving forward, taking chances, seeing, learning from mistakes and successes, and growing- I see people who have had or even have the opportunity to do something good for themselves and those around them and simply don’t. Back to the emotionally abusive, cheating boyfriend. Staying in a job they hate just because they’re comfortable and can’t be bothered learning something else. Going to school just because that’s what they’re supposed to do, even if their wanderlust is pushing them elsewhere. Hitting up the same bar every weekend because there’s nothing else to do. Shelving their talents for an easy life with little hard work.

It makes me sad- and these cases are the picture of a Victoria’s Secret model on the dieter’s fridge that keeps me moving towards reaching goals. I hope that this drive never leaves me- that my standards are always set high, that the values and ethics instilled in me from my parents remain, and that one day humility overshadows my judgments.

I recall a pithy quote I’ve read and heard time and time again and although it’s something that’s probably stitched on a hundred pillowcases across America and framed in a hundred more shabby chic homes, manages to remind me to boot me from my shiny self-made throne draped with cats and gold jewels and remember we’re all going through the same muddled shit. The way each of us handles it is our own prerogative.

“Be kind, for everyone you meet is fighting a hard battle.”

And to that, I will try to set my standard of being kind just as high as any other in my book.