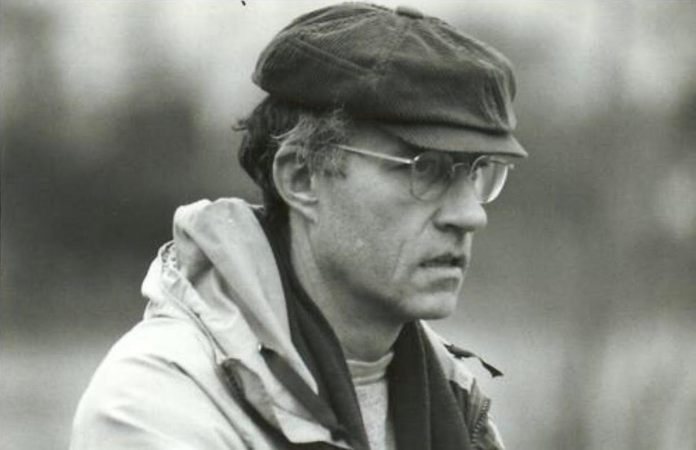 It has been six years today since my dad, Hal, died. It feels like that time has passed in a heartbeat yet in the same breath like he’s been in the shadows of my memory for a decade.

The sting of his death doesn’t linger like it used to, it’s rarely even a dull ache on a day to day basis. There are moments of course where his absence is felt strongly: when I hear the sound of a train passing or a jet flying above, smell a certain metallic scent of sunscreen, or when America comes on at a bar.  Even in those spiked moments of longing, the wound of his loss has become less of a visceral separation and more of a soft goodbye.

His death used to be such a defining factor for me as a person entering adulthood. While I will always from this point on lack his presence as my human father, I now live in presence and acknowledgement that while he isn’t near physically- his wisdom and being still remain. As I read Prodigal God (an incredible read passed on to me by an incredible friend that continues to oscillate deeply within me with each turn of the page), I realize how my dad so walked in step in the way that I want to. While he didn’t come without flaw, he managed to do the absolute best I imagine anyone could by loving sincerely and deeply, by giving the benefit of the doubt to all, by being patient yet open and communicative, and by acting out his truths rather than just standing on a pedestal saying them.

There are times still where I dance around the question of where my parents live. I don’t quite want to lie and say he’s still around and I also don’t want to be the victim of a loss that was bound to come as it will for each of us. Sometimes I’m treated as if I’ve lost an appendage when someone finds out I’ve lost my father and it did feel that way for a long time. I counted on his support and strong countenance through years and years of struggling and to learn to live without that may as well have been losing a leg. Yet I have learned to walk, even run, without that leg- or with a prosthetic of some sort, whatever or whomever that may be.

I read back on old entries I’ve written about dad, from the first years of him being gone and how wrought with pain they were. I can’t remember that exact type of misery or the way it felt, I sometimes remember moments where I would lose control because of it or patches of time where I don’t remember anything at all because of the hurt. What I know now is that while it has taken six years to get to this point of peace, I will always miss the man he was. I will always be grateful for him showing me how a man should love and care for a woman by how he treated my wonderful mother. I will always be in wonder of his ability to constantly give grace, particularly to the little teenage shit that was me, and to be abundantly grateful for having him as my father for the twenty years that I did.