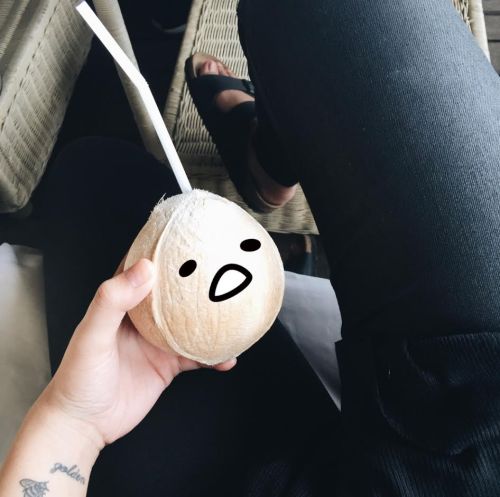 I find it difficult to trust people, and I believe that stemming from that lack of trust comes me being easily irritated. I don’t know if there was a specific time or event that caused me to question people’s motives, what true colors lie beneath, and whether I would be the one, yet again, walking away first.

Whether related to work, friendship, family, or romance- in many cases I sleep with one eye open. I was thinking about this today as things began to annoy me left and right and mused on why specific things, traits, and behaviors bother me so much. I didn’t much like the answer: it seems that it’s probably me where the problem truly lies.

This isn’t to say that a sleazy and/or inattentive boyfriend, happiness-draining boss, or a selfish friend shouldn’t get a hot, swift kick to the curb- but there are scenarios where I feel like I’m the only one who would get heated and in those moments, I should probably turn the mirror onto myself.

Sometimes it isn’t helpful to be so strongly willed and opinionated. I know what I like, what I want (although that seems to be wavering these days about some things), and how I want to be treated and I’ve found a lot of truths in my caution: you can generally and easily tend to find out who a person is by those that they surround themselves with regularly. The male gaze is more easily shut down by directly addressing it rather than bowing your head and hoping it goes away. Those who are rude to people in the service industry should be avoided for the mere fact that they lack strong character themselves. If he can’t make a commitment early on, he’s not worth arranging an apartment around let alone a honeymoon. I know my boundaries, what I will and won’t accept behaviorally, and that cutting people out of my life can be easier than it should be for someone who isn’t well, a sociopath.

I don’t find myself in positions where others repeatedly hurt me; high school taught me enough about that. I can’t fathom staying with a man who cheats on me like some of my friends do while they constantly battle whether to check his text history or not and pretend not to notice shady scheduling. I would leave and consider a lawsuit towards any boss who would yell profanities at me or tell me (true story) that my job was to look hot and sell enough packages to pay his mortgage. If there are friends taking advantage of me I quickly de-label them as “friends” and forget about them like last week’s Chinese takeout. One thing I surely don’t lack is defiance and a juicy affront to those who try and control me: sometimes it works in my favor, sometimes it steers me right off a cliff.

I remember in the second grade I won a school award for Patience. Looking back on that now, walking up to the stage wearing a white tee shirt covered in yellow smiley faces, bouncy pig tails in my hair and beaming at my mom and dad in the sea of parents with my super-gapped teeth and wonder “what happened?” I know that standing in line for milk behind a long queue of fellow seven year olds is a lot less tasking than smiling and nodding during a painful social encounter or politicking through a touchy situation, but I generally don’t like that this virtue has weakened in me. Yes, I may get what I want in many small ways but I also have a feeling that I miss out on a lot too, simply because I won’t deal with frustrations that come with every human situation and personality.

I know I can be a difficult person to get along with once you see the claws come out. I cemented this firmly around the age of ten when my strong desire for independence set in: my mom can attest to that. By some miracle, there seem to be people who still like me and sometimes, even love me. I’m hard on myself, I’m my own worst critic (other than my wee little stalker who continues to attempt bi-polar interactions) but I’m trying to extend myself grace.

It’s important to have convictions, and even more- to stand by them. But just as important, I need to continue to eat my words when I’m wrong, remember that not everything has to be binary, to accept my failures and flaws and work on eliminating or at least diminishing them, and to be a little more relaxed when someone else is on the fuck-up side of things, within reason. In the end, I would absolutely one-hundred-percent hope they would be gracious towards me. I know there are going to be countless mistakes on my part as long as I walk this earth. I can only give as much as I know I have and to ever really understand that amount, I have to allow people to require more from me before I run away.