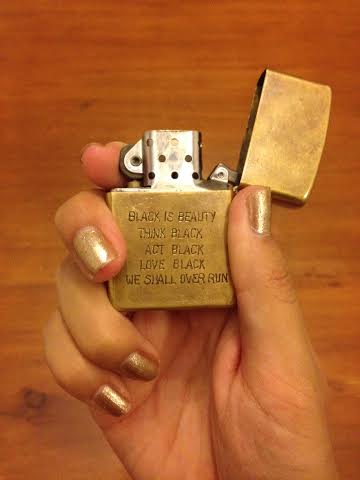 Many times, living in a foreign country still feels, well…foreign. Especially when I’m celebrating the third new year of 2014. First, the international on the eve of December 31st, Chinese New Year in February, and now Khmer New Year.

There are times I feel completely out of place here. Usually when I’m the one griping about how scary driving a moto would be in the hectic (and deadly) Phnom Penh traffic and then see every single other person in the office hop on their motorbikes. When I can’t figure out how much the woman selling me a curling iron at the market is asking for. When I’m the only girl downing beers at a table of local colleagues, the others sipping on melon juices or passion fruit smoothies. When I look dumbfounded when someone asks me a question in a language I can’t speak and can’t answer. I especially feel it when holidays near that I’m don’t really understand. To learn about them all would take some time considering there are roughly 30 Khmer bank holidays throughout the Gregorian year.

Around any large Cambodian holiday whether it be Water Festival, Pchum Benh, or Khmer New Year I hear the constant “HOLD ONTO YOUR BAG”, and good advice it is.  While Cambodia is considered one of the friendliest destinations and places to live and visit, which I must say it really is, things change when a holiday is approaching. Around these times, thefts are frequent- especially towards unsuspecting and distracted expats or travelers in saggy elephant pants and Nikons loosely dangling from their shoulders. I’ve heard horror stories of women getting pulled into the streets and hit by cars when thieves pull their bags off them and into traffic, it’s been tried on me twice and I’ve been lucky enough to stay remain unscathed with kate spade in tact. A coworker of mine had a bag slung over her shoulder driving a moto and someone dragged her several feet, taking away a sheet of skin along with her bag, before she could loose herself. There have been a small handful of random shootings in dark alleyways, but where don’t those happen? The theft here is usually non confrontational, which is a comfort, even when I’m holding onto my Ampersand As Apostrophe with a death grip while looking straight into the face of anyone driving up close at night (as you’re supposed to do to deter sticky fingers).

Yesterday I was particularly wary of everyone driving around me on my commute to work, swerving and halting, jolting and speeding, and took taxis everywhere else but after leaving my last meeting, all the taxis from the company I use were taken so I hopped on a moto to head home. As rain started to trickle down to cool the 80 degree day, we parked at a stoplight when I began fumbling with my lighter that happened to be out of fluid. After several attempts and sad little sparks, I had given up on this one particular smoke. I noticed the couple next to me eyeballing me and immediately went into defense mode: eyes glaring straight forward, shoulders squared, and mouth curled into an ‘I will rip your beating heart out of your chest and eat it before your dying eyes’ snarl, but quickly softened when I realized I was being handed a plastic green lighter. The guy had taken a moment to notice my need of a nicotine fix, his girlfriend smiling sweetly on the back of his bike, and immediately I was filled with warmth.

I sparked up, nodded a grateful “Arkoun, arkoun!” and relayed the lighter off before we went through the intersection. As the rain came on stronger, my smile grew wider. There was a moment when my wall came up, the claws came out, and I could have easily kept my eyes forward only to miss one of the kindest random gestures I’ve experienced here. In sweaty, rainy traffic this young man saw my need and rather than just watching, decided to do something- as small as it was. It lit me up- both literally and metaphorically.

Random acts of kindness. We’ve all heard the saying, to implement them in our every day lives and go forth to make lives happier, better. Mrs. Kaiser my 7th grade teacher (one of the only I ever really liked) really pushed her students to go out of their way to do things unexpectedly nice throughout the day that. Like my experience today, doing this would make someone feel better with the smallest gesture. That was probably about 12 years ago and from that time, I’ve forgotten how much they can effect someone’s day.

So friends, as we enter another year let’s remember how much those small things really do matter. And to that, “Rik​ reay​ chhna​ thmei!” Because it is just that, a happy new year.