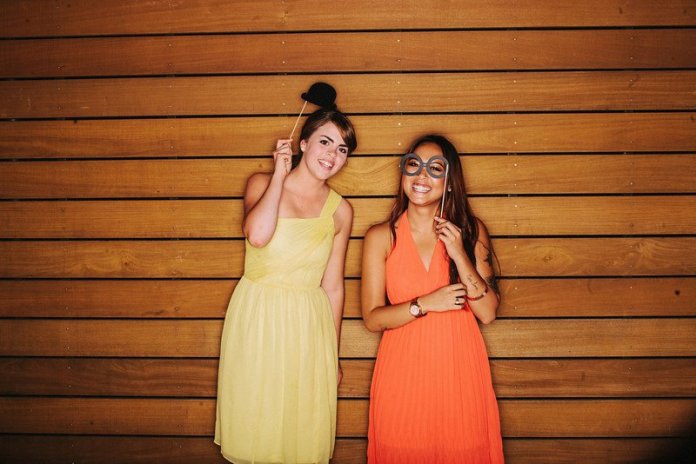 The heavy, unrelenting rain accompanied by the low rumble of thunder reminded me of a time not that long ago, but feels like years past.

My first week in Cambodia in the lush hills of Mondolkiri, I fell asleep reading, swathed in mosquito net in bungalows to the same constant growl and the familiar staccato sound of raindrops against the rooftop. Last night I listened to the rain, somewhat masked by the hum of my floor fan from inside my apartment and bundled in soft cotton. As I lay quietly listening to the nostalgic lullaby I thought of my closest friend, Brooke Miller.

As her birthday arrives (April 24th, happy birthday!) and the news of her packing suitcases full of the numerous dresses and pert heels that fill her closet as she embarks from Washington to San Francisco, I think of her even more than usual. I have known Brooke, known as Mills to me and a handful of close others, for thirteen years. We met when her hair still had traces of natural blonde before it turned chestnut, when braces were in question for the both of us, and I was teased for looking like a boy regularly by the same boys who would in later years friend request me on Facebook, never having changed from the hormonal sex pests they always were. Although we were different in almost every way, it was the sort of instant friendship they portray in Disney movies between foxes and hounds and Sweet Valley High novels, but with a lot more laughter and heavy additions of sass.

Brooke and I went through what I can only imagine are the typical ups and downs of early adolescence, mainly during a time where I was convinced attending a private Catholic school along with her was a good idea. It turns out it was not. Not only was I not Catholic or wanting to be converted but I also detested a uniform (green and red tartan of the most ungodly polyester) and didn’t like 97% of the other students. I returned to public school readily and created my own circles of friends and problems and stories and she later advocated for me even as I went through my teenage rebellions and boyfriends came in and out of our lives, leaving us with seasons of seeing very little of each other. The summers before we were old enough to drive left us with hours of open time, even while working a part time jobs at her parents title company. We annoyed our parents and filmed hours of video of us searching for sasquatch and taking rides on her family’s dinghy, rode mini-motos around the neighborhood, ate Otter Pops until we were literally blue in the face, and terrorized the boys in the cul-de-sac. We were scolded on dozens of occasions for being too loud, laughing too loud, playing too loud and not once did it do much other than send us into a heavier fit of giggles after a silence sustained for a long five seconds.

When I graduated from high school, it was in my curious, stubborn, and independent nature to flee from home as quickly as possible. After a summer of heavy drinking, wearing far too short of skirts and way too high of heels and working only enough to buy the former I moved to Huntington Beach, California; a learning experience that shocked me into knowing exactly what I didn’t want in life. A quick six months later I found myself back at home, humbled and eager for change and progression. Brooke seems to have always lacked the badness that I felt was so inherently in me during my teens and have since made peace with. She was able to skirt the struggles of many people that age and patently moved into her adult years with ease. This isn’t to say she didn’t flounder or hurt like anyone else, just not in the manner that I understood at the time.

We were able to reconnect in a way that we hadn’t in years after I moved back from California and from that time on, there was a thread that spanned miles and time that connected us as more than friends but more so sisters, as I risk sounding sappy. Along with Brooke’s friendship comes her larger than life and wonderful family, each presenting their own very different qualities and personalities that I can’t imagine living without. Friendships with her siblings, some especially close, (she comes from a family of six children) have evolved into their own separate units and for that I am more grateful than words can express. Her family became even closer to me as my father died and they prove to be a support system and connection stronger than I could have ever imagined.

Brooke and I have celebrated every birthday together since we met, but for the past four years, we have hosted “surprise” birthday parties for one another. A grand themed fete or gathering friends for nights in our favorite hotels, it was always a yearly reminder of the importance of each other. This year, I was not there for her to guide me blindfolded into a room decked out in porcelain cats with vintage dinnerware and dozens upon dozens of candles in a vampire-esque dinner party with heaps of steak and vats of fondue. Tomorrow, I will not be there to drive her in circles for up to forty minutes before taking her to the chosen destination and watch her blow out her twenty three candles surrounded by our closest. While I feel a pang of sadness hearing the storm reminding me of the years spent of sleepovers and camping surrounded by the same Washington rain, it dissolves as soon as I realize she is still there. She is still here. 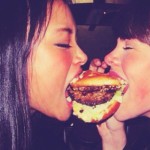 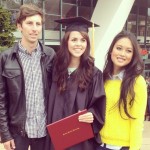